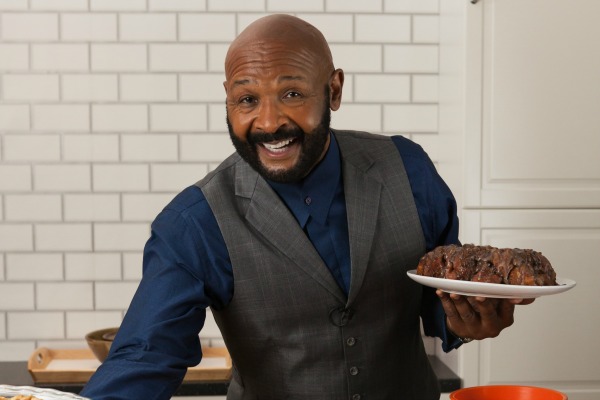 Imagine measuring, to perfection, all the correct ingredients to bake a delicious peach cobbler or pink/red velvet cupcakes in minutes without making a mess of your kitchen. McDonald, an executive producer of the “Steve Harvey” talk show, says he’s confident anyone can bake well, even if he or she has never baked anything before with just a little help from the smart scale.

McDonald, a Houston native, didn’t spend much time in the kitchen while growing up. He began baking desserts only three years ago after being told to make a Bundt cake as part of a pre-show superstitious prank. That prank was put on by his friend and business partner Steve Harvey and the program’s other executive producer Alex Douda. Not knowing how to start, McDonald figured he would get five pounds of baking flour, five pounds of sugar, five pounds of what he terms “this, that and the other” and a bottle of vanilla to make his cake. He discovered such an overkill approach was ill-conceived and his kitchen was a disaster afterward, but the cake turned out okay as staff gobbled up his first sweet creation.

McDonald is now, in the view of many, a superb baker and is passionate about baking desserts and has won several regional and national awards for his delectable desserts. He credits some of his rapid kitchen success to the smart scale. McDonald calls baking a type of therapy for relaxing after a long day in the studio or on the road.  The scale is small and easy to pack and can be used for no bake recipes when traveling.

While speaking with McDonald, he shares that the Perfect Bake Smart Scale is his very special kitchen assistant and is very family-friendly. The scale, with its apps, assists you with measuring teaspoon and cup counts as well as the familiar pinches and dashes of ingredients without having to pull out a bunch of mixing bowls. If you happen to be shy of any particular ingredient – perhaps you have one egg instead of two – the Perfect Bake Smart Scale will do a little recalculating and adjust the entire recipe to still achieve a delicious full flavor tasting dessert.  McDonald boasts of another cool creative advantage of this recipe app; you can tell the smart scale what’s in your pantry and it will make dessert suggestions based on those ingredients.

McDonald is currently working on new no bake recipes as well as new recipes for macaroni and cheese and soul food-style salads.  He gives a precautionary heads up to everyone, his food is full flavored with a whole lot of calories. He jokes that you should consult with your physician before sampling.

Affirming that God has been very, very good to him and his career, he works to share a little wisdom with others to achieve their own perception of success as the host of a radio series featuring money making conversations. His two-hour live celebrity-driven show offers tips and inspirational talks about individual pursuits of happiness and dreams fulfilled. McDonald stresses that career success can take a bit of time and emphasizes that folks should be consistent with their beliefs, ethics and work practices.

For more information about Perfect Bake and to order as well as get copies of McDonald’s recipes, visit his site at https://rushionskitchen.com.  You can also follow him on Facebook to see what is baking next as well as when his is hosting the next “Money Making Conversations with Rushion McDonald.” 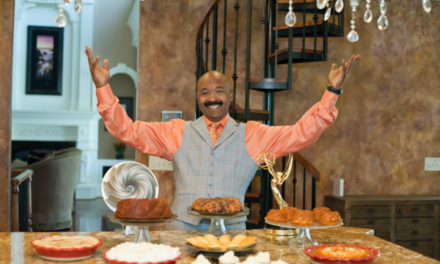 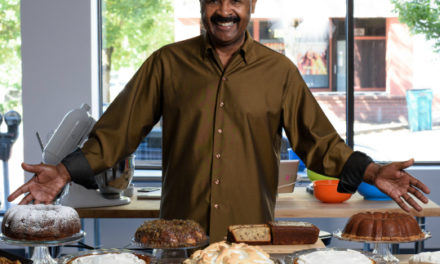 Rushion McDonald to Appear at the International Home + Housewares Show 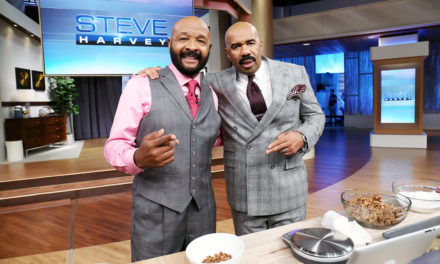 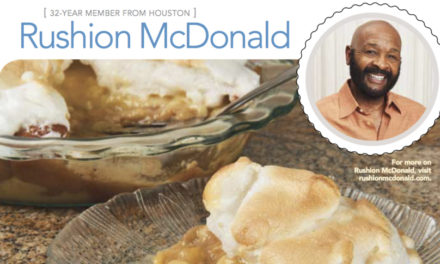